When I was a child, the word ‘retard’ was used by some kids as a term of mild, somewhat humorous abuse of other kids, and by society at large to refer to people with intellectual disabilities. It’s not a useful word for the latter (if it were, we’d use it in clinical medicine), and no sensible person today would use it for that purpose, unless of course they were a …. 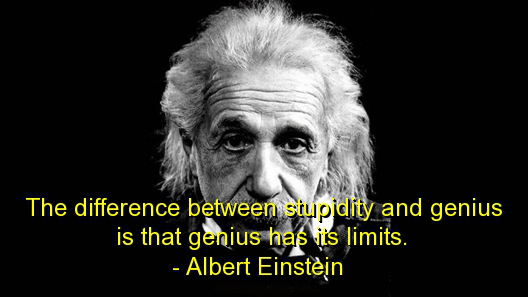 Why? Because ‘retard(ed)’ means ‘late’ or ‘slow’ (it is a normal word for this concept in the latin languages). There’s nothing slow about an autistic person, or a Down Syndrome kid, compared to our expectations for them. On the contrary, they’re brutally honest, often amusing and their sometimes painful dislocation from our supposed ‘normal’ social reality is their way of telling us to calm the fuck down. I’ve known (and still know) people with these kinds of conditions, and while interactions can be ‘special’ and ‘interesting’, the word ‘retard’ never comes to mind.

You see, being a retard is all about failing to meet advertised expectations. We have expectations, societally, individually, and they are dashed and corroded in turns by the inexplicably stupid behaviour of certain types of people. Like politicians. Like Tea Party Republicans. Certain media barons. Racists and homophobes, people whose dimwitted failure to distinguish innate qualities from behaviour is so perverse it can’t even be explained by genetic damage.

There’s a yawning crevasse between the touted abilities of the reforming, sensible politician on the campaign trail, and his mealy-mouthed, inarticulate apologies for the by now normalised stream of moral failures, basic math failures, and indeed neurological failures they visit upon us daily from office.  ‘Retarded’ is the perfect word for someone who thinks it reasonable to build a wall between Mexico and the US to keep rapists out, or a government that pays people smugglers to take their vulnerable human cargoes back into the danger zone from whence they came. Admittedly, the difference between being a retard (in more serious cases, a fucking retard) and just being evil isn’t always clear, as in the case of the recently exited-stage-left Australian PM, Tony Abbot. But it’s not a terrible mistake, and we often come to the conclusion after careful reflection that the person in question was in fact an evil retard.

So let’s give this great word its due, and use it frequently and with impunity, lord knows, there’s no lack of opportunity. You know it’s right, and if you don’t believe me, Seth MacFarlane and Bill Maher agree.

Now, I hear those intellectuals out there saying: that’s not enough. There are different categories of stupid, and we must be able to respond with discernment. So true. Accordingly, I recommend reasonably frequent use of moron/moronic, imbecile, which I feel is ready for a comeback, and one of my personal favorites, cretin/cretinous. The latter is a disused medical term indicating dwarfism due to congenital hypothyroidism, but is so much more fun when applied to e.g. someone who cuts his own head off with a chainsaw for a jape.

Four categories not enough for your daily needs? I know how you feel. Sometimes we need to call on a higher power, for example the bard. In extremis, the following might be considered:

And there are handy tools to aid when creativity is wanting. Need some inspiration? Here’s something to help you along:

“The party of Lincoln and Liberty was transmogrified into the party of hairy-backed swamp developers and corporate shills, faith-based economists, fundamentalist bullies with Bibles, Christians of convenience, freelance racists, misanthropic frat boys, shrieking midgets of AM radio, tax cheats, nihilists in golf pants, brownshirts in pinstripes, sweatshop tycoons. … Republicans: The No. 1 reason the rest of the world thinks we’re deaf, dumb, and dangerous.” —Garrison Keillor

2 thoughts on “Reclaiming the word ‘retard’ and other political categories”