El Ministerio del Tiempo (The Ministry of Time) from RTVE is an unexpected find on Netflix. It’s English-subtitled, no need to take Spanish lessons, although if you understand (some) Spanish, it’s even better value, and in any case it’s far better viewing than 90% of the rubbish series available on Netflix or Amazon.

The premise is simple: there is a secret ministry (in Spain) that controls doors to prior points in time, all the way back to BC. The doors only go to specific dates and places, and are used by ministry operatives to return to various moments to correct crimes or other events that would otherwise change the course of history. There is a particular focus on ensuring that Spanish cultural history is preserved, which entails in one episode making sure that Picasso’s Guernica is not smuggled away by some money-grabbing Americans; in other episodes the works of great authors including Cervantes and Lope are protected from similar attempts. 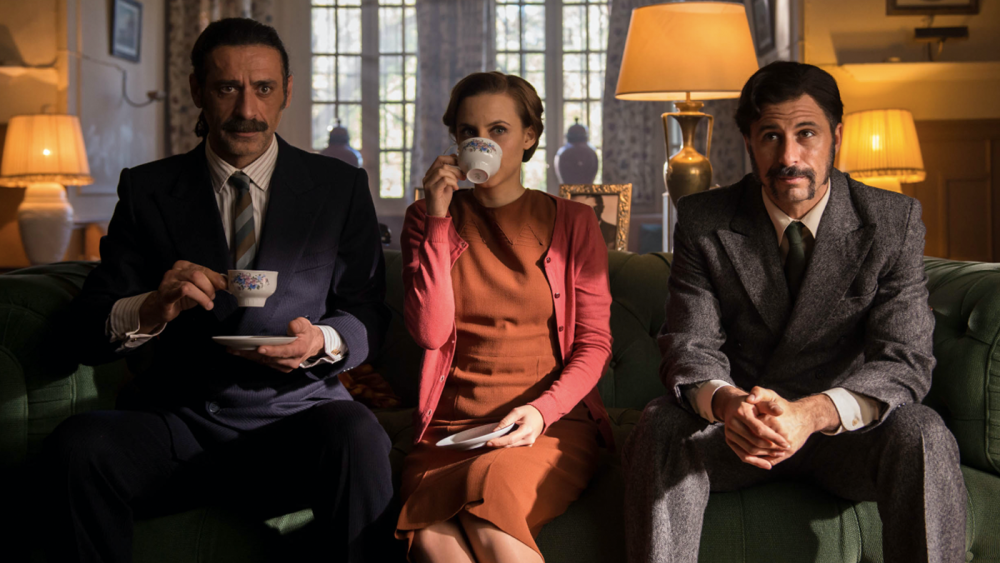 It’s light-hearted and abstracts away a lot of the complexities that would be necessary were the Ministerio del Tiempo a real thing in a sort of Dr Who way – after all, we don’t need the ultra-realist procedural details of organisational HR or team transport do we? The cast and acting are first rate, and the characters are impossible not to like, not least the young woman Amelia, the first female student of the university of Barcelona from 1880, who leads the team of three heroes that the show mainly follows – somewhat to the chagrin of the other two, one of whom is Alonso, a 16th century soldier with a heart of gold, a moustache of iron, and totally unreformed ideas about the place of women in the world. The 3rd member of the trio changes from a modern-era male nurse in series 1 to a Serpico variety of cop from the 1980s – nicknamed Pacino because of his resemblance to the actor – highly amusing, but also with an inbuilt resentment at answering to a 20 year old woman. How did she get the job? Well, everyone agreed that she was the smartest person in the room (she always is, as well as the most charming) and so the Ministry boss put her in charge.

The presence of time travel of course provides scope for numerous interesting twists and turns, but because the main game is about preserving historical events and culture in all eras of Spanish history, there are more possibilities than your average sci-fi take on the theme.

One I had never thought of before comes up in episode 2, series 2 (MILD SPOILER). The three heroes, having just returned from the time of Miguel Cervantes, are gathered around a table in the cafeteria of the Ministry, contemplating how to deal with a current threat to Cervantes’ manuscript of Don Quixote, and they have one of the funnier conversations I have seen on screen. Remember, Amelia is from 1880, Alonso is from about 1560, and Pacino is a 1980s cop. They all now work for the Ministry. Alonso and Amelia have used normal 2016 laptops, USB drives and so on at the Ministry; Pacino is completely new and knows nothing outside of the 80s. So a conversation along the following lines occurs:

And so on. You get the idea. There are more laughs in the language of course, with Alonso speaking in the old vos form of Spanish, in the equivalent of Shakespearean English; he constantly complains he can’t understand what others say; they find him hilariously archaic, but the tables are turned when the mission is in his own time.

In a similar vein, Ministry employees in all ages have some kind of mobile phone, computer etc, but suffer from slow updates to software that can’t read newer files, some only have fax machines and so on. There’s a lot of fun to be had when you take people from random eras in the past, expose them to a few bits of current technology, and shove them back to other wildly different points in time on missions they barely understand to save the past from change. There’s also a nice background theme of Amelia slowly and cheerfully undoing the socially conditioned sexism from times past among her male colleagues – including some who post-date her.

So if you want a break from a paranoia of Homeland, are done with the relentless lowlifeness of Sneaky Pete, and can’t face another expensive-actors-in-epic-fail like The Following or Altered Carbon (the former unwatchable from ep 1, the latter, one might suffer 4 or 5 episodes), then try Ministerio del Tiempo, it’s great fun.